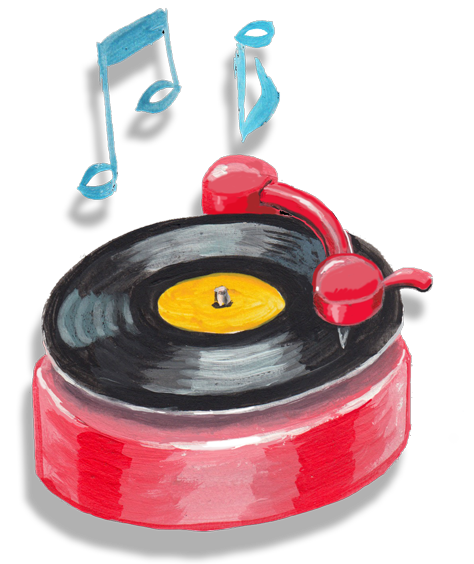 Moritz R® became known as part of the German New Wave and „Neue Wilde” painters generation of the late 1970s. Like a few others he started as a painter, but became even more identified as a musician of the electronic band Der Plan. With Frank Fenstermacher he was a co-founder of the independent New Wave gallery Art Attack, that became a focus point of the new art scene of the Düsseldorf region. Here it was that they met Kurt Dahlke aka Pyrolator and formed the band Der Plan.

Moritz described this constellation as ideal for his work, because he could combine music, live performances, mask-, stage- and record cover design, music video and a strong desire for edgy conceptual ideas in one project. Nevertheless everybody in Der Plan always had their solo and side projects. For Moritz R® it mostly meant painting. His works could be seen in exhibitions in Europe, America, New Guinee, Thailand and Japan. He also did stage and record cover design for others, most of all Andreas Dorau, who had been on the independent Ata Tak label, that R ran with Fenstermacher and Pyrolator after the end of the gallery.

After the split of Der Plan in 1992 Moritz R®’s musical activities were scarce, until in 2004, when a new generation of DJs and musicians, who had discovered Der Plan as their roots, sent out a call for an album and a tour of Der Plan. It seemed like a good moment in time, but an unfavourable one regarding the current activities of the Der Plan members except for Moritz R®. So he asked the colleagues for permission for a side project called Der Plan 4.0, to make it possible after all. It resulted in an album called „Die Verschwörung” and a few festival live appearances with Achim Treu and JJ Jones, but ended 2 years later.

Meanwhile Moritz R® had collected numerous ideas for songs and lyrics and also built his own studio at home, where he could work independently on his own. After the reunification with the original members of Der Plan and the release of the album „Unkapitulierbar” in 2017 there were still a lot of songs unpublished. In 2021 „Save your Software” by Der Plan will be released.

Also the tour of Der Plan was unvoluntarily interrupted by the Corona pandemic, which led to shut-downs and cancellation of gigs. But it also offered chances, f.i. like recording a solo album!

This is the first solo album of Moritz R® and he does attach importance on the fact that it was almost exclusively made by himself alone. To Der Plan enthusiasts it may be interesting to be able to compare the musical solo works of all three members now – and notice the diversity this band has always embraced.

The album itself is a mix of pop songs, experimental tracks and collage-like aggregations. If it was a radio station it would be filed under ‚eclectic’. „I just let myself drift in every direction I felt like moving; after all it was my own music – no need to explain to anybody, no discussions.

That’s why the album is called „Nach Herzenslust”, a German expression meaning „to one’s heart’s content” or „ad libitum”. During the last decades in an ever more controlled world, I have found that the one thing I love above all is freedom. So maybe this is my tribute to freedom.”